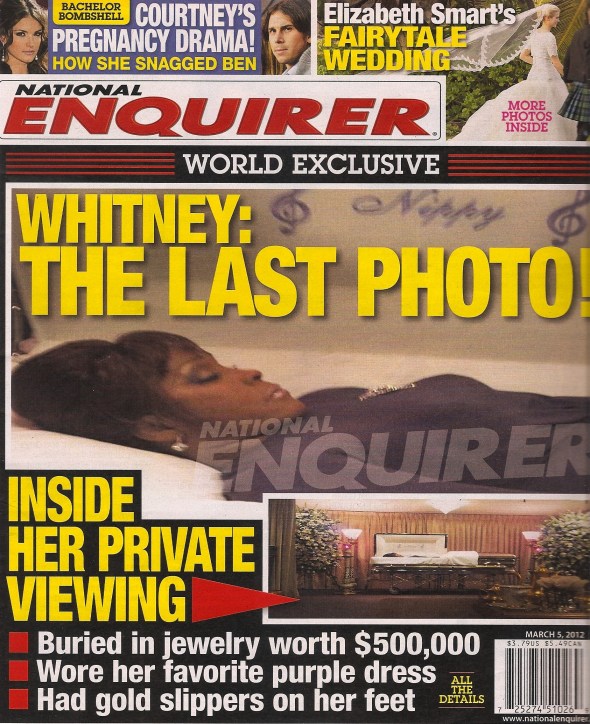 Here’s the cover of the March 5, 2012 National Enquirer featuring a photograph of what appears to be Whitney Houston lying in her casket at her funeral. Media reaction to the tabloid publishing the photo was universally negative. One critic said it “represents the very worst of predatory paparazzi culture.”

While it might be hard to morally defend publishing this photograph, remember it’s the National Enquirer we’re talking about here––the same publication that published a photograph of Elvis lying in his casket.

The paper’s famous tagline claims that “inquiring minds want to know.” Does them wanting to know the same as them having the right to know?

One thought on “WHITNEY HOUSTON PHOTO WENT TOO FAR”