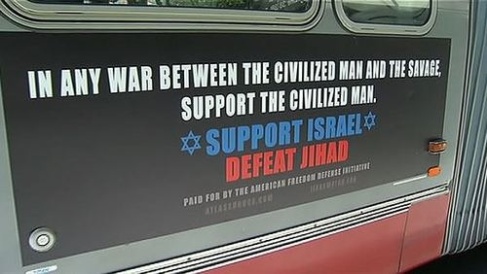 A federal court has ruled that the city’s Metropolitan Transportation Authority must allow the above ad to appear on 10 NYC subways. Supporters of the ad regard it as a First Amendment victory, while critics claim the ad’s sponsor (The American Freedom Defense Initiative) “fuels and fosters anti-Muslim bigotry in society” by branding Muslims with hate speech.

What ethical issues are involved here? If we can agree that one source of ethical friction–all things being equal–is the inciting of conflict, is this ad guilty? Does the ad fan the flames of conflict, or does it represent (as its sponsor claims) the expression of a legitimate point of view?