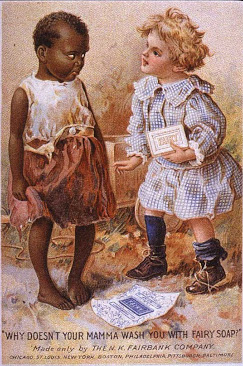 Advertising is no stranger to the propagation of racial stereotypes and the use of racist imagery. As far back as the early 1900s, marketers chose to represent individuals of color in ways that were far from respectful. One example is the advertisement for N.K. Fairbank Co. Fairy Soap, circa 1920 (see above). Notice the not-so-subtle messaging that to be Black is to be unclean, or in a broader sense, not worthy or less-than. From the same time period is this Jello print ad (see below). Here, a shabbily dressed Black boy delivers a Jello dessert to “milady,” resplendent in a fashionable gown, lounging on what appears to be her front porch, “on the plantation.” The boy seems to represent a working class subservient to a white upper class. 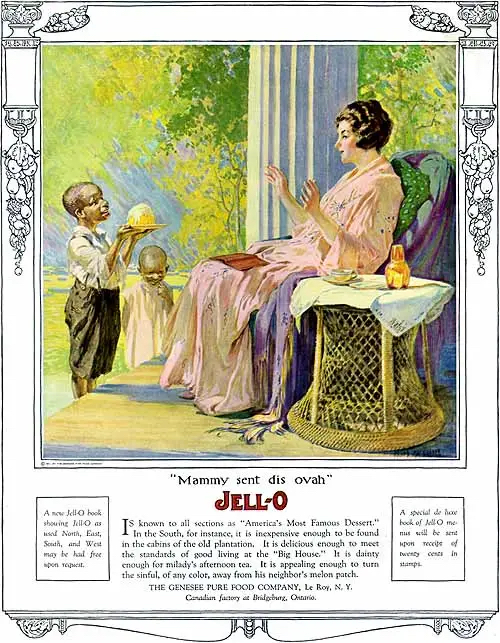 Fast-forward to 2012, where actor Ashton Kutcher (in brown face) portrayed a fictional Indian character named “Raj” in a series of ads for Pop Chips (see below). Seemingly intended to be viral campaign, the ads were pulled (from YouTube and other platforms) after they were criticized in the media. Here, ads perpetuated stereotypes of a different sort, this time of people of Indian descent.

Racism in advertising has been covered on Media Ethics Report before: One case is the “racist” ad run by PepsiCo’s Mountain Dew brand that seemed to portray Black men as criminals capable of assaulting white women (see “Racism, Advertising and the Selling of Soda”). Another example is a Heineken ad, perhaps more subtle, in which a glass of beer is slid across a bar by a bartender, past two Black women, only to wind up in the hands of a white woman (see “Heineken Pulls “Purposely Racist” Ad Amid Backlash“).

To see how racist advertising has changed over time (or perhaps how little it has changed), take a close look at the “Timeline of Racist Advertising!” published by DesignMatic.com (see below). That it is possible to even put together such a timeline is telling. Given the strides taken over the years to achieve racial justice and racial equity, it makes one wonder why such ads seem to surface with some frequency. It poses the question: “Why?” Even in 2018, H&M came under fire for selling “Monkey in the Jungle” sweatshirts (see “H&M slammed as racist for ‘monkey in the jungle’ hoodie”). Why does such advertising continue to persist? And more importantly, what–if anything–can be done about it? Why is it that marketers seem to be perpetually tone deaf to racist messages in their advertising? 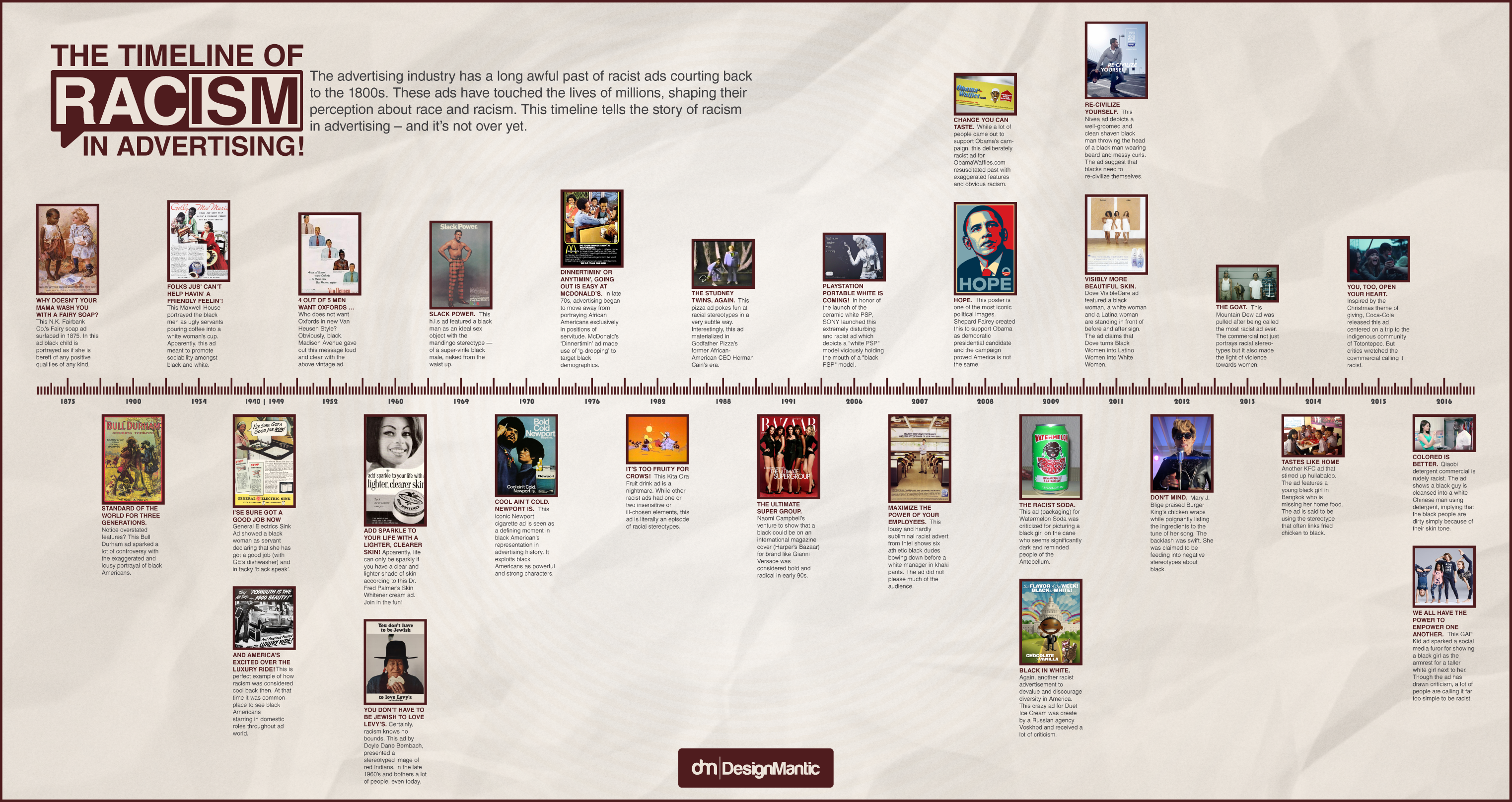