Following the 2013 bombing of the Boston Marathon that killed three people and injured 260 others, Adidas sent out a mass marketing email four years later in April 2017 congratulating customers who completed the race with the subject line: “Congrats, you survived the Boston Marathon.”

The company was the sponsor for the annual race The email from Adidas drew immediate backlash on all social media platforms, especially Twitter with users highlighting the “tone-deaf” phrasing. Users called out Adidas for using a tragedy for publicity and monetary gain. Frustrated users also questioned how Adidas did not realize the connotations of the message after the tragic event in 2013. Adidas’ email was viewed as “insensitive in the extreme.”

Following the backlash on social media, the athletic company issued an apology on their Twitter account. The company apologized for its mistake of not thoroughly thinking through the email before sending it out. 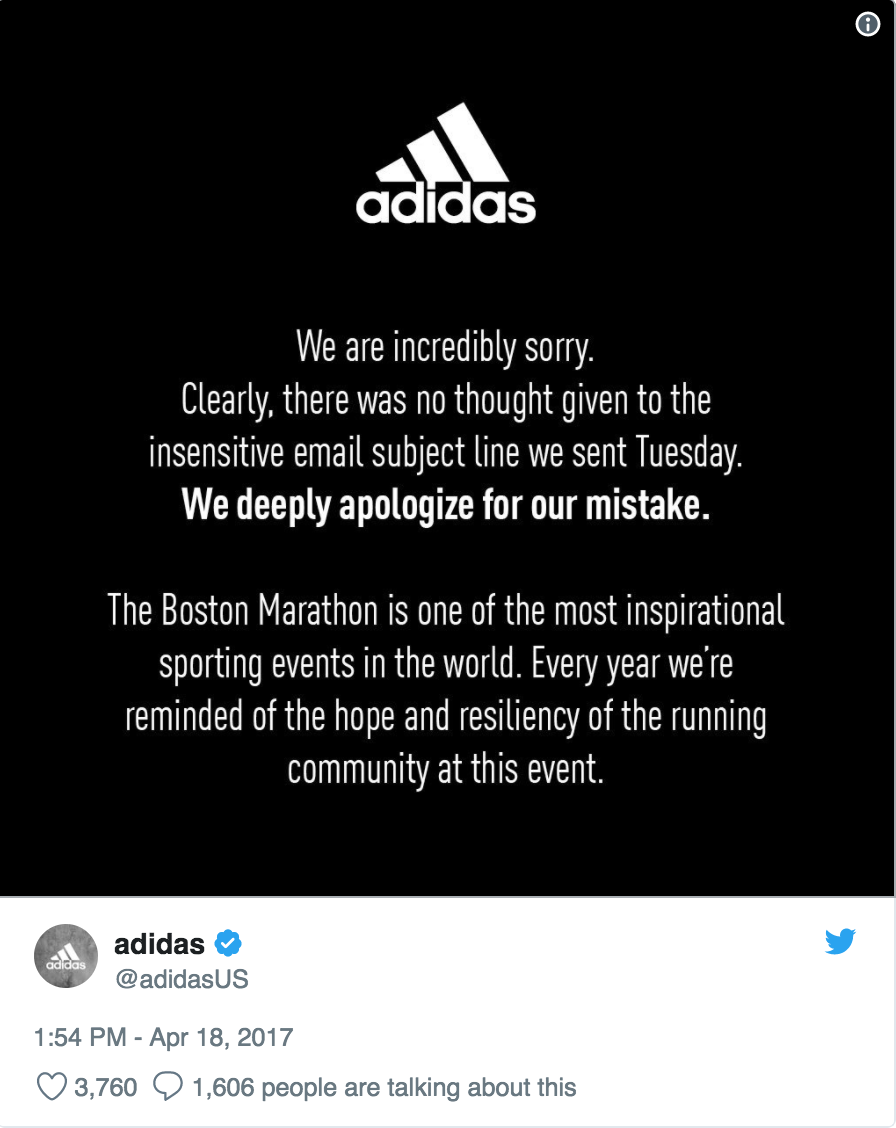 What is the line between staying current and exploiting public events?

Did Adidas exploit a tragic event for marketing their brand? Adidas issued an apology after, but how did no one in the company spot the “insensitive” before the email was sent? Should Adidas have sent out anything regarding the Boston Marathon? If so, how could they have done it in a better way?